I. Joseph Kellerman
a novel by Debra Lauman 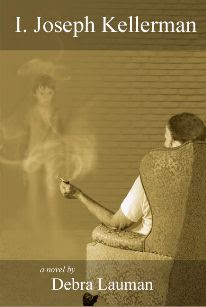 Within the boundaries of a world peopled by the troubled souls who come to 4991 Hopewell Street, and by one devoted assistant, a tale of self-discovery and redemption unfolds.

The shingle outside that Boston row house reads, "I. Joseph Kellerman, Psychiatrist," but inside exists a tormented man.

Under the watchful eye peering through a hole hidden by a bizarre painting, Dr. Kellerman listens to the problems of those who sit in the yellow armchair. The same yellow chair beckons the doctor, who struggles there with his own demons.

As he comes to terms with his past and attempts to salvage what remains of his future, the psychiatrist and those who know him perform a dance of relationships, imaginary and real.

Read an Excerpt of "I. Joseph Kellerman"

The Short Story Behind the Story

On June 22, 2000, I was on the Appalachian Trail, 82 days and 935 miles into my thru-hike. I was walking along near the northern end of Shenandoah National Park, talking with my friend, Kit, otherwise known as Split P. Our conversation that morning touched on many topics and eventually turned to writing and real people who would make great models for fictional characters. And that's when Split P began telling me a little about a therapist a friend of hers had known, until the man passed away in the early '90s. I was fascinated.

As the day went along and more miles passed beneath my feet, the man Split P had described morphed into a character I would soon name I. Joseph Kellerman. Purely figments of my own imagination, Constance Fairhart, Orla Heffel, Bernie Babbish, Lucille McBride and Maggie Carlisle also began to come alive before I fell asleep in the Jim & Molly Denton Shelter that night. Throughout the next three months on the trail, I spent countless hours walking and camping with Kellerman and the gang, and came to know them well. When I returned home in early October after completing my hike, I typed the first draft ofI. Joseph Kellerman. That process took six weeks. The story and the characters went through a number of transformations since then, culminating in the book that bears the name of the character who now scarcely resembles the real man who'd inspired the idea.

My second novel:
A Picket Fence in Pawpaw 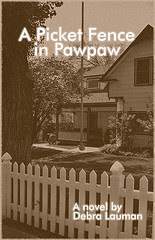 Picket fences can enclose not only what seem to be perfect houses and perfect lives but also small-town thinking. In A Picket Fence in Pawpaw, thirty-six year-old Minnie Mincola takes us to Pawpaw, Pennsylvania, where this tale of the people who were an important part of her childhood plays out in her heart and mind. Known then as "Mouse," she thrived on her special relationship with her grandfather, Raymond "Pawpaw" Prine.

As Minnie looks back on events that shook her world, a child's trust becomes the woman's questions. What she had believed to be the fabric and facts of her life in Pawpaw turn out to be a network of secrets. One day, an exploration by a curious Mouse brings her grandfather, friends and events into sharp focus and sets in motion a harsh flood of reality. Youthful innocence becomes a woman's wisdom as picket fences give way to an understanding of human frailty, forgiveness and love.

Read an Excerpt of "A Picket Fence in Pawpaw"

All Comments
Subscribe to Deb's Search & Rescue stories by Email