Nepal Update: Back to Kathmandu

I'd accomplished what I had set out to do in Nepal, with enough material to fill at least one thick book, so it was time to return to Kathmandu before heading back to the U.S. and my home in Flagstaff. I was very ready to go.

But the planes from Pokhara to Kathmandu weren't flying, grounded due to heavy rain and low cloud-cover, making it dangerous to fly over the mountains. So on to plan B; I hired a driver. Yes, I could have taken a tourist bus for less money, but I opted for the more comfortable, faster car. But it makes no difference what kind of vehicle you're in when the one narrow road to Kathmandu is blocked by a landslide. Things had been going along smoothly and surprisingly quick until everything suddenly came to a stop. 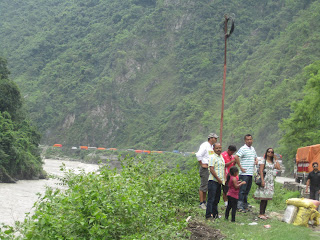 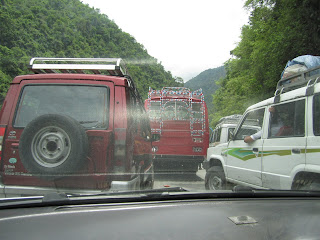 My driver, who spoke little English, and I and hundreds--maybe thousands--of our closest friends sat, stood, paced and sweated on the road for hours. (Stupid me, Miss Preparedness, neglected to bring any food, but thankfully I'd remembered the bottled water.) Then we finally moved. A few feet. And then we sat, stood, paced and sweated for more long hours. At one point, mud started to slide not far behind where our car was stuck in the long line of vehicles, but luckily it didn't turn into anything major.

I started to wonder if we might spend the night, even days, stranded on that road. But just when I thought I might lose my marbles in the midst of all those laid-back Nepalis who didn't seem to care all that much about our predicament, things began to move. We crept along for a couple of hours until we passed the site of the major slide, still covered with a foot of mud, and then picked up speed, passing trucks and buses on sharp curves just in the nick of time, time and time again.

About 12 hours after I'd left Pokhara, I made it back to Kathmandu in one piece and famished. After dumping my stuff at the hotel at Boudha Stupa, I made a beeline for Saturday's Cafe. It felt good to be on my own--anonymous--for a change. I was ready for some quiet time in the crazy city, just me, myself and I, and a lot of people-watching, as I began to process all that had happened in the past two and a half months. 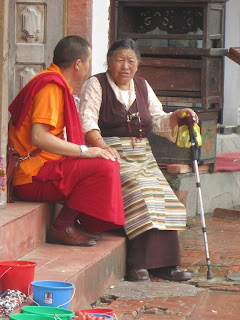 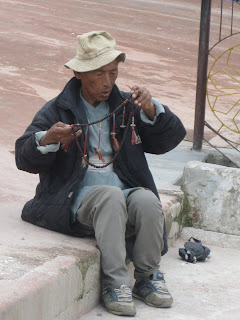 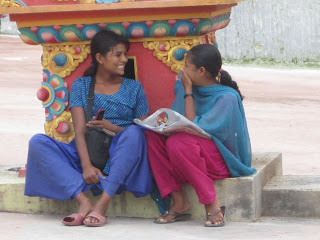 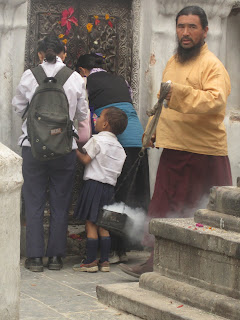 Nepal is a fascinating place filled with fascinating people and cultures, and I've had an amazing experience here, but I'm more than ready to be home in the country that I love, with friends and my own Search & Rescue teammates. It will take me a while to organize all of my notes, recorded interviews, thoughts and personal experiences and begin to write what turned out to be much more of story than I'd anticipated when I first left on this trip.