Nepal Update: A Documentary & Some Photos From The HRDSN

With five weeks to go till I leave for Nepal, I've been learning as much as I can about the country and their only SAR team, which not only responds to calls for missing and injured trekkers but also to disaster situations, like earthquakes, floods, and landslides. The HRDSN also provides medical aid to remote villages and, as I've mentioned, even started a school that defied Nepal's caste system and gender prejudice.

I just finished watching the one-hour documentary, A School of Their Own

by Debra Kaufman, who sponsors a Nepali student. Debra went to Nepal to meet the child, and it was then that she discovered how the Riverside School's mission intersected with country's fight for democracy and freedom. The school struggled to stay afloat during Nepal's bloody, 10-year civil war, during which time the police accused the children of being Maoist rebels while the rebels themselves were forcibly drafting children over 12 years of age into their army.

I learned a lot about education in Nepal, the 10-year People's War, and the HRDSN's special school in this documentary, which "shows how children, even in the most extreme circumstances, can lead a nation to a better future."

And here are some photos from the Himalaya Rescue Dog Squad Nepal, taken by Ingo and other team members:

Below, Ingo distributes application forms for medical aid and numbers for the line of men. They will have their turn after the women and children have been treated. The villagers are Muslims, most from Rautahat. The former Hindu Kingdom of Nepal did not come to their aid following a flood disaster. But HRDSN did. 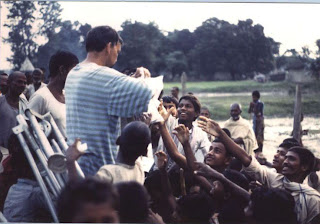 This next photo was taken in 2002. While the HRDSN's medical Disaster Unit stopped on its way to the Terai Flood disaster in Rautahat, they stayed overnight at a school compound in Lothar, Makwanpur District. The local people took that opportunity to line up their children for medical checkups by Ingo & the team. Most of these kids suffered from diarrhea and chronic bronchitis. 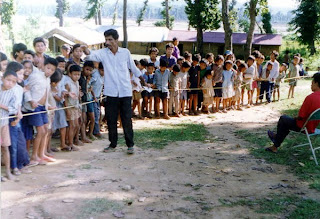 The first villagers arrive early in the morning at a HRDSN medical camp. 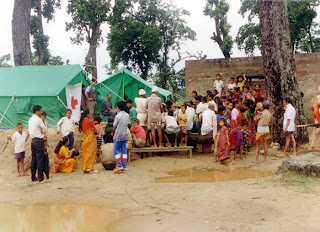 This is James Scott, an Australian trekker who went missing in the Gosaikund and was found 43 days later. This picture (with Ingo) was taken in 1992, a year after his ordeal, when James came back to thank his rescuers. 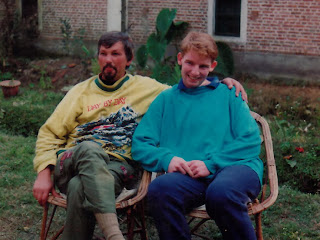 And this is Ingo today, with Tara, one of the HRDSN's next generation of rescue dogs. 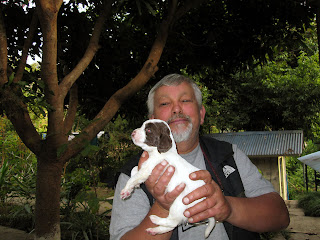 This is Lobsang Ngodup, co-founder HRDSN in 1989. Ingo met Lobsang 37 years ago while trekking with his dog, Nelson, in the Himachal Pradesh. Up in the mountains at a place called Tiuni, there was a little shop with a Tibetan man (Lobsang) who sold dry yak meat. The two became friends and shared a dream of starting rescu...e dog teams in Nepal and India for earthquake relief. 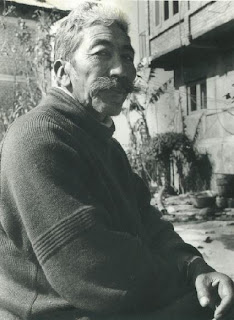 This next photo was taken during a HRDSN student fitness training in 1999. The boy on the right is Karna Dura, who I will be meeting in Kathmandu. Karna is now at the Lalit Kala Campus, studying business management and fine arts and, with some of his schoolmates,runs a cyber cafe. 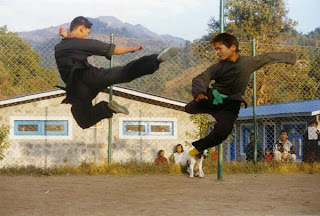 Another Nepali citizen I may meet. This one lives at the HRDSN headquarters at Shayauli Bazaar... 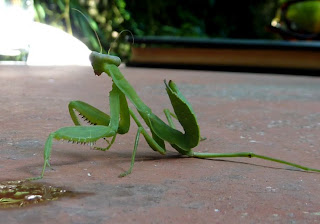 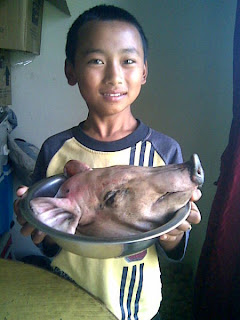