Yesterday, a news release was put out by Grand Canyon National Park, regarding possibly as many as four young men, students at Northern Arizona University, who were planning to hike the Deer Creek/Thunder River area but did not return to their vehicle by Monday as planned. They apparently read about this hike in a magazine.

Last I heard, technical rescue personnel were en route, some from Zion and elsewhere, possibly to be inserted by helicopter into a remote and rugged area.

The news from 7/22 release begins:

Grand Canyon, Ariz. – At approximately 7:20 p.m. on Tuesday, July 21, the Grand Canyon Regional Communications Center received a report that at least one young man, and possibly as many as three, were overdue from a backpacking trip at Grand Canyon National Park.

The young men are reported to have left on a trip to the Deer Creek/Thunder River area on Saturday after reading about the trip in a magazine. According to the reporting party, the father of one of the young men, his son had stated that he would be back on Monday, but did not return. Further investigation revealed that there were as many as four young men in the hiking party. All are in their early 20s, and all are believed to be students at Northern Arizona University. It was also determined that this group did not have a backcountry permit. Read more....

Update 2pm on 7/23: According to more breaking news from the Arizona Daily Sun, it appears there's one hiker missing, not three or four. The friends thought possibly to be missing as well have been contacted. Read more here: Overdue Canyon Hiker An NAU Student

This is the young man they're looking for, NAU student Bryce Gillies: 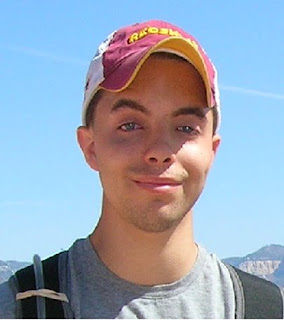 Anyone who believes they have seen Gillies since Saturday is encouraged to contact the National Park Service at 928-638-7805.

A longtime member, and real good guy, of the bper dot com forums lost his wife to heat exhaustion / heat stroke a few short years ago in the canyon. It was springtime. Gawd-awful tragedy. I don't know about doing the canyon in July, Ramkitten.

I just checked Flagstaff's weather: 83 degrees & wet at I believe what would be 5pm there. I know little about the desert but would guess the canyon would be a humid oven.

I wouldn't hike/bp into the desert at all unless I was with someone who was very experienced with that sort of environment. Heck, though, perhaps being a sissy (no offense, sis :o) regarding care has kept me healthy over a half century of trekking.

Thanks to dedicated good-folk like you, I'm hopeful the missing young man will be found safe enough to hike another day.

You're right to call the canyon an oven at this time of year. But it's a pretty dry oven. We're in monsoon season, though, and we have had some rain but not as much as I'd like to be seeing. Hopefully, Bryce is staying put near water and in some shade, waiting for help.